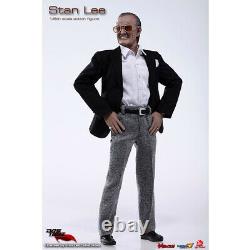 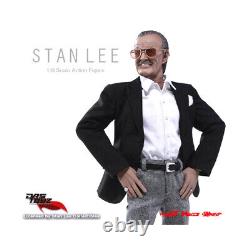 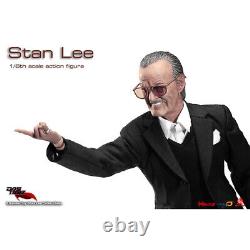 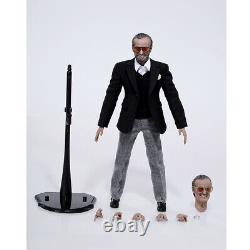 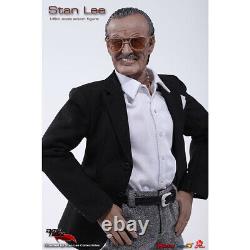 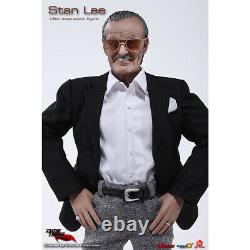 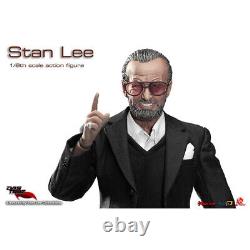 Das Toyz presents the "First-Ever 1:6 Figure" of the one and only Stan Lee. Officially licensed with authorized likeness of Stan Lee. Igure is in original packaging, still factory sealed and is #566 of only 1000! An American icon, Stan Lee is a comic book writer since the 1940's.

He is also an editor, publisher, media Producer, television host, actor, and former president and chairman of Marvel Comics. Collaborating with several artists, Stan Lee co-created Spider Man, The Hulk, The Fantastic Four, X- Men, Iron Man and Thor. In addition, he headed the first major successful challenge to the industry's censorship organization, the Comic Code Authority and forced it to reform its policies. Stan Lee also led the expansion of Marvel Comics from a small division of a publishing house to a large multimedia corporation making it what it is today.

He was inducted into the comic book industry's Will Eisner Award Hall of Fame in 1994 and the Jack Kirby Hall of fame in 1995. Stan Lee received a National Medal of Arts in 2008. Includes: Phicen Articulated 1/6 Body. Don't miss this great piece on this pop icon! Stan Lee An American Icon DAS Toyz 1/6 Action Figure Sealed & Mint #566/1000.